Jan Radzynski left his native Poland in 1969. He studied composition in Israel with Schidlowski at the Tel Aviv University Academy of Music, and in the United Stated with Krzysztof Penderecki and Jacob Druckman at Yale University, where he received his doctorate in 1984. He is presently a Professor of Composition at Ohio State University in Columbus.

His compositions are recorded on CRI and Channel Classic labels.

Jan was supported by the scholarship program of the America-Israel Cultural Foundation during his studies in Israel in 1970-1974. 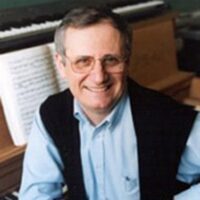