Itay has been invited as guest principal piccolo to various orchestras including the Gewandhausorchester Leipzig, MDR-Sinfonieorchester and the Israel Philharmonic, and has taken part in the practicum program of the Israel Philharmonic and Buchmann-Mehta School of Music, playing under the batons of conductors such as Zubin Mehta, Sakari Oramo, Christoph Eschenbach and Lahav Shani.

As a soloist, Itay has performed with the Thelma-Yellin Symphony Orchestra and the Israeli Flute Choir. In addition, he has taken part in various chamber music projects, ranging from early music to contemporary, including two chamber music tours in Bayern.

Itay has been a recipient of the America-Israel Cultural Foundation scholarship since 2019, and the Ronen Foundation since 2017. In 2022 he was the winner of the “Akademie der Freunde der Tiroler Festspiele Erl''. Previously Itay has won the 1st prize at the Buchmann-Mehta School of Music Winds Competition (2018), and the 2nd prize at the Paul Ben-Haim competition (2020), presenting a piccolo-only program for the first time in the competition’s history. 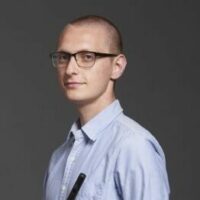