Israel Demidov was born in Tashkent, the former Soviet Union. He received an engineering degree he went to study theatre at the School of acting and directing Bgiti’s Moscow. Upon graduation, he was invited to the act in Maicovsky Theater.

In 1994, while performing in Manchester, he has been selected by the press as the best guest actor in the production, for his role in “The Idiot.” 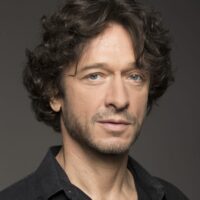