Considered as one of today's prominent virtuosos, cellist Hillel Zori is widely recognized as one of the top musicians to ever emerge from Israel.

Zori, whose playing had been linked directly to the greatest romantic style
as well as being described by the international press to once again give life to the 'Jewish tradition', has distinguished himself as the gold medal winner of the 1986 Maria Canals International cello competition in Barcelona, and by winning top prizes at the Whitaker competition in St. Louis, the Premio–Stradivari in Italy, the Geneva CIEM, the Dutilleux prize at the Rostropovich Competition in Paris, the Tanglewood Music Center Jackson award, and as the first cellist to win the Shapira Award in Tel Aviv.

As an avid chamber musician and as member of the Israel Piano Trio, he has toured the globe extensively and has been a frequent guest at many festivals such as the Marlboro, Tanglewood, Dartington, Berlin, Israel, and Athens festivals. His activities have brought him to major concert venues such as the Amsterdam Concertgebouw chamber music hall, Salle Gaveau in Paris, the London National Portrait Gallery, and the Tel Aviv Museum, the Moscow Music Dome, The Wigmore Hall and the UN assembly in New York performing Bruch Kol Nidrei under the baton of Mehta for the 2009 International Holocaust Memorial Day.

Zori’s passion to pursue other musical interests have brought him to compose his own piece Carmeniana – Suite Brillante, a sensational transcription on themes from Bizet’s Carmen for cello and orchestra as well as an arrangement of Wiesenberg's "Monodialogue" – Fantasy for cello solo (originally for viola, dedicated to T. Zimmermann) - published by Schott.

Other achievements are his recent arrangement/editing for cello and piano of the Brahms violin sonata op. 78 to C Major as well as a string trio and "Carmel" - a song cycle for voice and chamber ensemble.

A highlight of Zori's varied discography is "Inspirales" – CC1030 published by the prestigious London label Cello Classics. This CD, which was the BBC January 2014 "CD of the Week", is a virtuoso anthology of cellists-composers from Cassado via Rostropovich, Popper, Tortleier as well as his own transcription of "Carmeniana".

Mr. Zori is a dedicated and a most sought after pedagogue. Among his numerous students are winners of international and national competitions, many of his TAU BMSM graduates are accepted to prestigious music schools around the world including the NEC, the Julliard School, and top music schools in Germany. Many of them are members of top orchestras including the Boston Symphony and the Israel Philharmonic. He has been on the faculty of Keshet Eilon Summer Seminar and the faculty of the Jerusalem Music Center Youth Philharmonic Orchestra Program.

Zori is a Professor at the Tel Aviv University – the Buchmann–Mehta School of Music where he serves as head of string department. 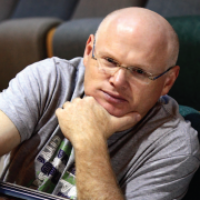