Some of his theatre credits include 'After the War' (Mosaic Theater of DC), 'Recollection of Innocence' (New York Horse Trade), 'The Dibuk', 'Bordo', 'Silence Not - A Love Story'. Kapulnik co-wrote and performed together with Dutch director Natasha Schulte 'Are You Here' (Tel Aviv, Israel and Beloofte Fest, Netherlands 2010). 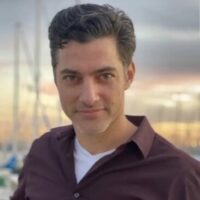