Gal Nissim is an interdisciplinary artist and researcher who bridges art, science, and technology to create interactive work that invites participants to explore the dynamic relationship between nature, culture, and human-made environments.

Her works were featured in Haaretz Newspaper, The Jerusalem Post, Time Out Tel Aviv Magazine, CityLab – The Atlantic, and the national Israeli radio network among others. 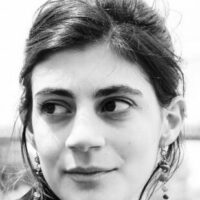