Eylon Ben Yaakov was born in August 1994. At the age of five, he started his piano studies, and since 2001 he has been studying piano at the Kfar-Saba conservatory with Mrs. Adela Umansky.
Eylon performs in concerts for the benefit of the community and for charity organizations, as a soloist or as a member of chamber groups.

In 2011, Eylon began his studies at The Buchmann-Mehta School of Music in Tel-Aviv, and he studies with Prof. Arie Vardi. Eylon has served as an outstanding musician unit 8200 of the IDF Intelligence Corps, combining occupation in computers and music. Nowadays he is an entrepreneur in the cyber security domain. He has performed in major halls, including the Mann Auditorium in Tel Aviv and Kfar Saba, Henry Crown Hall in Jerusalem, the Mormons University in Jerusalem and the Felicja Blumental music center in Tel Aviv.

Eylon won the first prizes at the piano competition of the Tel Aviv music academy and at the Pnina Zaltzman competition (ages 15-19), and the second prize at the Chopin competition in Tel Aviv, the “The Voice of Music young artist competition” and the “Psanter Letamid” competition. Eylon was awarded an excellence scholarship from The America-Israel Cultural Foundation. 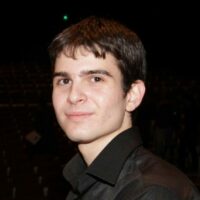