Since he was young, Eyal has been exposed to art and music by his father, Jorge Gurvich, a major Argentinian filmmaker in Israel. He became passionate and curious to explore music and the drum set when he was 13, which eventually led him to be the youngest person and one of the two drummers accepted to the prestigious ‘Rimon Jazz Institute’ with a scholarship, at the age of 16.

Eyal has been performing regularly with multiple projects in a variety of genres all across Israel, such as Phil Woods, Ami Nagar, Hod HaSharon Big Band, Ohad Katz, The Fest of Us, at some of the most acclaimed venues: Tel Aviv Jazz Festival, the Red Sea Jazz Festival, Israel’s National Museum in Jerusalem, Rebecca Crown Theater, Tzavta, Shablul Jazz Club and more.

In 2016 he decided to attend Berklee College of Music in Boston, MA after he received a generous scholarship, and where he studied under Grammy award winner Billy Kilson. Since his arrival to the U.S, Eyal has performed, toured and collaborated with many prolific artists, such as: Ellis Hall, Ellen Allard, Abacus Project, at some of the most prestigious venues around the world: JZ Clubs in Shanghai and Guangzhou, Hua Hin Jazz Festival, MAIIAM Museum and Smalls in Thailand. 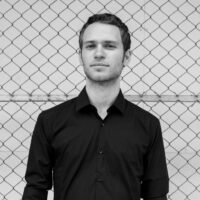