Esti Kenan Ofri teaches in the Department of Music at Bar Ilan University. Born in Italy and raised in Israel, Kenan Ofri is a composer and a performer of music and dance, especially work inspired by her Sephardi-Jewish heritage. She studied dance and music in Israel, choreography in New York and Arabic music with composer Salim In-Nur and completed her degree in Arabic music in the Rubin Academy in Jerusalem.

Her voice and the traditions she represents have inspired composers such as Luciano Berio, Andre Hajdu, Betty Olivero, Noam Sherif, Oded Zehavi, Piris Eliyahu, Neta Aloni, Mark Kopitman Tzipi Fliesher and Israel Borochov into writing and arranging music to suit her particular vocal interpretation. Her CD “Juego de Siempre” (“The Game of Forever”) is a collection of Judeo-Spanish songs arranged especially for her by the Israeli composers Betty Olivero and Oded Zehavi and produced together with the Museum of Jewish Diaspora.

In 1994, Keenan Ofri founded the duo “Kol Tof”, together with the drummer and percussionist Oren Fried. They since have been guests at several festivals throughout Europe, e.g. the festivities of the 50th anniversary of UNESCO in Paris. With the addition of the Moroccan Oud player Armond Sabach some years ago, the duo became the trio “Kol Oud Tof”, which is dedicated to the interpretation of musical traditions of the northern African Jews. She also performs with Slava Ganelin, the East-West Ensemble, and with the Arabo-Andalucian orchestra of Tangier. As a composer, her works have been performed by many different ensembles; her piece “Women in longing” for 4 traditional singers, oud, cello and percussion, was commissioned for the opening of the International Congress for Jewish Studies. 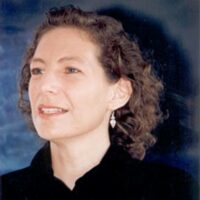