Hailed as “The new hope of Israeli music” by Ma’ariv and described as possessing both “ironclad technique” and “ample suppleness” by the New York Times, Eliran Avni is an emerging force in the contemporary classical music scene. Having made his debut with the Israel Philharmonic Orchestra under the baton of Zubin Mehta at age seventeen, Mr. Avni has appeared as a soloist and chamber collaborator throughout Europe, North and South America, as well as in his native Israel and has made numerous recordings for the Naxos label and the Israeli and German broadcasting systems.

Mr. Avni began his musical training at the Tel Aviv Academy studying with Marina Bondarenko. He soon developed a strong affinity for chamber music and worked with leading musicians such as Yo Yo Ma, Isaac Stern, and Yefim Bronfman. At age sixteen he won first prize in both the Clairmont and Rachmaninoff Competitions and was an annual scholarship recipient from the Israel-America Cultural Foundation from 1989-2000.

Mr. Avni received both his BM and MM degrees while studying with Veda Kaplinsky at The Juilliard School and completed his DMA degree as a student of both Veda Kaplinsky and Jerome Lowenthal. His dissertation: “The Musician’s Challenge: Merging Emotion and Structure in Performance”, written under the advisement of Dr. Carl Schachter, presents an original methodology designed to assist musicians in uncovering and understanding the emotional content of musical works.

A preeminent interpreter of the music of Israeli composer Avner Dorman, Mr. Avni has been privileged to record two CDs of Dorman’s music. The first, The Piano Works of Avner Dorman, was recorded at Tanglewood’s Ozawa’s Hall in 2006, was produced by Grammy winner David Frost and was released on the Naxos label. The second CD, of Dorman’s Chamber Concerti with the Metropolis Ensemble and Maestro Andrew Cyr, was released in 2010, also on Naxos.

Mr. Avni is also the Artistic Director of SHUFFLE Concert, an original performance concept that allows the audience to select the music performed in a concert. A mixed-chamber ensemble of 6 virtuoso musicians, Shuffle Concert offers a rich selection of more than 40 pieces in 15 different musical styles. Since its inception in February 2010, Shuffle Concert has been in high-demand, and has performed at the Rose Studio at Lincoln Center, Weill Recital Hall at Carnegie Hall, the Kosciuszko Foundation, to just name a few.

Recent performances for Mr. Avni include a performance with the Israel Philharmonic and Zubin Mehta at Carnegie Hall of Dorman’s orchestrated piano work Azerbaijani Dance, a SHUFFLE Concert tour to Israel in April 2011 and a debut performance with the Alabama Symphony of Rachmaninoff’s 3rd Piano Concerto in February 2012.

Presently, Mr. Avni is dividing his time between performing solo and chamber concerts, leading SHUFFLE Concert, conducting workshops and masterclasses on the subject of emotional understanding of music and teaching at both The Lucy Moses School and The New York Chamber Music Program. 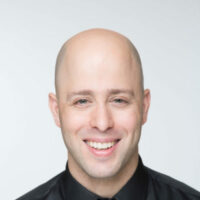