Lyric soprano Elinor Sohn made her European debut with the Stuttgart Staatsoper, where she started as a member of the OpernStudio and later joined the Ensemble, singing Alcina , Agathe , Clorinda Pamina, Zerlina, Echo (Strauss), Blummenmaedchen (Wagner), Eurydice (Gluck), 4th Magd (Elektra, Strauss) and others. She also performed the role of Clarice (Il Mondo della Luna, Haydn) in France, and the role of Elettra (Idomeneo, Mozart) in Greece.

Elinor Sohn had her American debut with Opera in Williamsburg, Virginia, where she sang, with great success, the role of Donna Elvira.

Ms. Sohn made her highly successful Israeli debut in 2011 as Fiordiligi (Così fan Tutte), with the Israeli Camerata Orchestra. Since then she has made many critically acclaimed appearances in her home country, singing the lead soprano roles, such as Donna Anna under the baton of Maestro Talmon, as well as the soprano lead in Brahms’ Deutsche Requiem (Vienna, Israel), and in Mozart’s Mass in C minor. In November 2017, she returned to the role of Fiordiligi and sang it with the Haifa Symphony Orchestra, under the baton of Maestro Eithan Schmaisser.

Ms. Sohn completed her master’s degree in 2010 as a student of Patricia McCaffrey in New York and her bachelor’s degree in 2008 at the Jerusalem Academy of Music. Among the roles she has performed are Angelica (Puccini), Erste Dame and Countess (Mozart), Eurydice (Gluck), Fox (Janacek), Fraarte (Handel), Dido (Purcell) and others. Regularly attending the IVAI opera program, she has performed with great success the roles of Yvette (La Rondine), Ilia (Idomeneo), Donna Anna (Don Giovani), Rosalinde (Die Fledermaus) and Alcina (Alcina).
Ms. Sohn has gained experience in the art song and concert field with recitals in New York, Canada, Germany, Austria and Israel. Her German Concert debut was at the Liederhalle in Stuttgart in February 2012, singing Spohr’s Sechs Deutsche Lieder.

Elinor is the recipient of many scholarships and awards, including the first prize at the Karl Adler voice Competition, First place at a Russian Art Song Competition, the prestigious Silverman Award (first places in 2010 and 2011) and the Faye Harbour Award in 2012, among others.

Further engagements included a series of concerts performing Faure's Requiem and a premiere of a piece by Ella Milch-Scherrif with The Israeli Camerata Orchestra and concerts with the Israeli Opera. 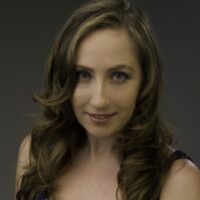