Praised by The New York Times for his playing “vibrantly”, “full of texture and nuance”, and with “marvelous imagination”, Israeli cellist Elad Kabilio is an active soloist, chamber musician and teaching artist. Among his recent performances are Weill Hall at Carnegie Hall, Alice Tully Hall, the Morgan Library, and the Joyce Theater in New York City. He has also performed at the Aspen Music Festival, Young Artist Festival in Bayreuth, Germany and was featured on WQXR Radio. Mr. Kabilio collaborates frequently with dancers from top ballet companies such as New York City Ballet and the American Ballet Theater, and served as the Music Director of Ballet Next (2011-2014).

He currently serves as the Music Director of the Ashley Bouder Project based in New York City. Mr. Kabilio has taught in numerous schools both in Israel and New York City, and is currently teaching at Manhattan School of Music’s Precollege Division, Distance Learning program, and MSM Summer.

Mr. Kabilio is committed to bringing music to new audiences and is the founder of MusicTalks, a chamber music series devoted to breaking down the barriers between musicians and audience by taking advantage of the intimacy that chamber music provides. Mr. Kabilio has received numerous awards throughout his career. He was selected by the Israel Ministry of Culture as an “Outstanding Musician” and served in the Israeli Army as a member of the Israeli Defense Force string quartet, performing concerts throughout Israel. He was awarded second prize at the Buchmann-Mehta School of Music string competition where he also received the “Orchestra Excellence Award” from Maestro Zubin Mehta. Mr. Kabilio has performed with the West-Eastern Divan Orchestra, under the baton of Daniel Barenboim, on tours in Europe and the US. He has also performed with conductors such as Zubin Mehta, Gustavo Dudamel, James Conlon, David Zinman, Leonard Slatkin, Itzhak Perlman and JoAnn Falletta.

Mr. Kabilio studied at the Buchmann-Mehta School of Music, Tel-Aviv University, where he received both his Bachelors and Master of Music degrees. He is a graduate of Mannes College of Music in New York City and Manhattan School of Music where he received a Professional Studies Diploma. Principal teachers include Zvi Plesser, Hillel Zori, Marcy Rosen, and Julia Lichten. Elad is playing on a French cello on generous loan from the America-Israel Cultural Foundation. 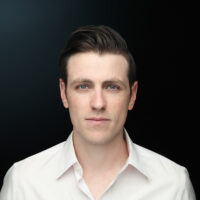