Daniel Rolider is a photojournalist and visual storyteller whose work focuses on environmental and social issues.

Born and raised in Kiryat Tivon, Israel, he began his career after completing his mandatory military service as a marine mechanic in the Israeli Navy, and has since worked for the New York Times, Getty Images, ESPN, and Stern, covering stories from his home country. His work has been published in the Washington Post, the Wall Street Journal, Libération, Der Spiegel, and Haaretz, and has been exhibited in museums and galleries in Israel, the US, China, France, and Greece.

In 2018, Rolider collaborated with the ״Inside Out״ initiative of the French artist JR, creating a portrait series of the Jewish and Muslim population in his hometown and the neighboring town, Basmat-Tivon. This project, which included the pasting of large-scale posters in the public sphere, was exhibited as a site-specific art installation in the Sheikh Abreik Festival and was covered by the Israeli Kan News channel.

In 2019, Rolider attended the Eddie Adams workshop and graduated from ICP's Documentary Practice and Visual Journalism program, where he was awarded the Director’s Fellowship. During his studies, he produced a long-term project about the carriage horses of New York City and their famed subculture, which was published in National Geographic, awarded in the PDN Photo Annual and PX3, and shortlisted for the Alexia Foundation Student Grant. A year later, Rolider was nominated for the Joop Swart Masterclass of the World Press Photo, shortly before finishing a three-year project on the agriculture of Lanzarote, the easternmost of the Canary Islands, which was developed into a photo essay for the Smithsonian Magazine.

In January 2021, Rolider started working on a story about Eritrean asylum seekers in Hadar, one of the poorest neighborhoods of Haifa. 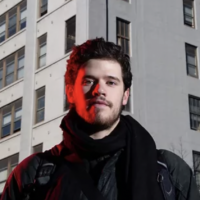