Daniel Cohen, conductor, was born in Israel. He is the music director of the orchestra and opera house of Darmstadt.

In 2010 he inaugurated the Gropius Ensemble with Itay Tiran. He has received the AICF scholarships. 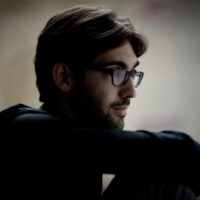