Ben Silashi is an Israeli drummer and composer, currently based in New York City.

Ben grew up in Israel, attending Thelma Yellin School for The Arts and later on the international program between the Center for Jazz Studies – where he studied for two years with the best of Israel’s Jazz teachers and instructors – and The New School for Jazz and Contemporary Music (where he studied with Jazz greats and legends the likes of Reggie Workman, Andrew Cyrille, Hal Galper, Ari Hoenig, Tony Malaby Jim Black, and more.During his time at CJS, Ben was performing regularly around Tel Aviv with local Jazz musicians, such as Amos Hoffman, Yuval Cohen, Hagai Amir, Erez Bar-Noy, Gilad Ronen, Omri, alongside other original projects under his name.

Right after moving to NY to continue pursuing his Bachelor’s degree from the New School, Ben gathered with Israeli musicians Tal Yahalom (Guitar) and Almog Sharvit (Bass) to form the band KADAWA a contemporary Psychedelic Jazz Rock Power Trio playing original music by all members of the band.
Over the last 3 years, KADAWA has been performing all around NY (in venues the likes of Rockwood Music Hall, Nublu, Ibeam) and touring around the world (in venues and festivals the likes of, Detroit Jazz Festival, Jazzwerkstatt Festival, Teatro Caja Granada, Bunker Ulmenwall, Salon de Jazz, 23 Rubadors and many more), all the while working on their debut album, and collaborating with acclaimed Jazz musicians such as Adam O’Farrill (trp.) and Jon Irabagon(Sax.). Furthermore, Ben has been playing and arranging for the Brazillian music trio, Mambembe, featuring Lead singer and guitarist Benny Oyama and Bassist Almog Sharvit, and also performing and composing for additional projects to be announced soon.

Ben is a recipient of the AICF scholarship for the years 2014-2015 and was granted an excellence scholarship by The New School where he graduated with honors. 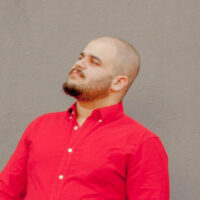