Avi Taler was born in Ashdod, Israel. He started his musical studies at the age of six in Ashdod’s Akadma Conservatory at the piano class of Mrs. Yanina Kudlik, and as a choral singer. He won various municipal and national competitions and performed in concerto festivals. In 2016 he completed his four years orchestral conducting B.Mus course in the Buchmann-Mehta School of Music in Tel-Aviv University in the classes of Vag Papian, Yi-An Xu, Prof. Yoav Talmi and Ronen Borshevsky. In 2018 he completed his M.Mus in choral conducting at the Buchmann-Mehta School of Music with prof. Ronen Borshevsky. He stood out for his performance of De Falla’s El Amor Brujo in 2015, a project he created, led and executed with fellow students in chamber concerts and lectures series.

In 2020 Avi recently his postgraduate conducting course at the Royal College of Music in London, studying conducting with professors Toby Purser, Peter Stark and Howard Williams. He was also the student of ENO music director and RCM guest conductor Martyn Brabbins. He was involved in the RCM’s opera production of Haydn’s Il Mondo della Luna, led by Professor Michael Rosewell, and collaborated with other opera directors, actors, choreographers and writers. He also led an orchestral recording at the Abbey Road Studios, where he recorded De Falla’s The Three-Cornered Hat Suite.

Avi is the holder of the Bob and Beryl Harding Bursary for young conductors for the 2019-20 season at the Havant Symphony Orchestra, where he assisted conductor Jonathan Butcher.
Avi used to serve as the representative youth concert band’s musical director in Ness-Ziona’s Conservatory 2016-2018 and in Ashdod’s Akadma Conservatory in 2015-2017, and participated in the LisbonMusicFest concert tour in 2018. He held various educational positions as a conductor, aural skills teacher, chamber coach and musical director.

As a choral tenor, Avi sings at the Gary Bertini Israeli Choir, and participated in orchestral projects conducted by Zubin Mehta, Manfred Honeck, Marin Alsop and Ariel Zuckerman. He is also a member of the Mosaic Voices Vocal Ensemble. He sang with the RCM Chorus (2018-2019), Buchmann-Mehta Chamber Choir (2016, 2018) and the Buchmann-Mehta Oratorio Choir (2012-2015).

Future events include a Royal Albert Hall debut with forces from the English National Opera in June 2023.

Avi is the fellow of various awards and honors including: 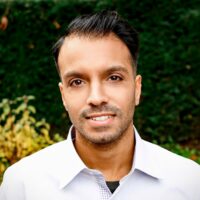