Assaf was born in Israel in 1983. MA in music performance at Rubin Academy, Jerusalem with the guidance of Prof. Vadim Monastersky.

He is a graduate of the B.MUS program at the Buchmann-Mehta School for Music at the TAU and studied with Prof. Michael Bugoslawsky, Prof. Tomer Lev, Prof. Asaf Zohar and Ms. Hanna Shalgi.

Assaf has won numeral prizes and scholarships including a prize from the "Piano Forever" Competition (Ashdod 2011), A special prize given at the Clermont Piano Competition at 2006, Turgeman competition in Giva'atayim, and the Israeli Piece Competition at Tel-Hai 2006, first prize. He performed with the "Thelma-Yellin Symphony Orchestra" as a soloist on a tour in France and Belgium, and also performed as a soloist with "Orchestra Serenissima di Sacile" in Sacile, Italy.

Assaf took part in Zeist music-festival for chamber music, in the Netherlands in 2010, 2011 and was guided by Shmuel Ashkenazy, Isayee quartet and Alexander Pavlowsky.

Assaf was a recipient of the America-Israel Cultural Foundation scholarships from 2002-2010. 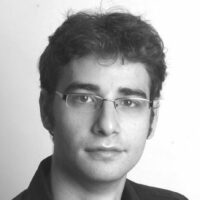